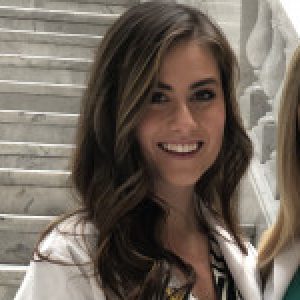 A list of patient medical records was generated from EPIC, the University of Utah’s electronic medical record system for patients admitted between 10/1/18-10/1/19. The patients selected were administered a mild-moderate CYP1A2 inhibitor and tizanidine within 2 hours from each other. The inhibiting medications that will be included are propranolol, caffeine, butalbital/acetaminophen/caffeine, celecoxib, acyclovir, valacyclovir, verapamil, and allopurinol. A retrospective chart review was performed to determine if a baseline blood pressure was recorded and that all patients meet inclusion/exclusion criteria. Hypotension is defined as SBP < 90mmHg or >20 point mmHg drop in systolic blood pressure from baseline after administration.

Descriptive statistics were used to describe the baseline characteristics of patients included in the study. Categorical variables are reported with numbers and percentages  Rates of hypotension were computed using Excel.

This small study demonstrated that mild to moderate CYP1A2 inhibitors may have a clinically significant effect on tizanidine metabolism. However, the rate of hypotension seen is significantly less than what is seen with strong CYP1A2 inhibitors. Some limitations to note are the patients in this study are all hospitalized with an acute illness, due to this we are unable to attribute the hypotension purely to the drug drug interaction. Additionally, some CYP1A2 inhibitors are antihypertensives so it is unclear if the blood pressure decrease was from the antihypertensives alone or from increased responsiveness with tizanidine in addition to an antihypertensive. This data shows it is possible that hypotension may occur from a mild-moderate CYP1A2 inhibitor used in conjunction with tizanidine. Health care professionals should be aware of this possibility and monitor their patients if administering medications in this combination.